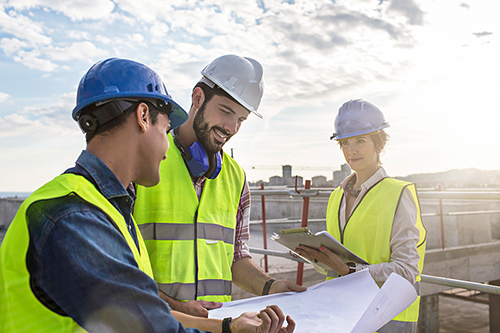 If the ever-growing skilled labor shortage is making it difficult for the construction industry to fill the jobs of today, then what can contractors expect to deal with a decade from now?

The outlook isn’t promising. Experts warn construction companies unwilling or unable to effectively attract, engage and retain their workforce can expect to go out of business someday. So unless the industry makes a concerted effort to actively address the existing skills gap in this country, contractors will most certainly pay the consequences in the not-too-distant future.

“If employees don’t like it somewhere, they’ll just leave,” says Ethan Martin, a professional speaker, consultant and executive coach at Integrated Leadership Systems, a Midwest-based leadership development company. “The onus is on companies now to actively engage employees, no longer allowing it to be a passive process that happens organically.”

It All Starts With Employee Engagement

The construction industry – like many others – is always changing. Successful companies recognize industry-wide shifts as they occur, and they react accordingly. Meanwhile, those that don’t fail to achieve their organizational goals and see their bottom lines suffer over the long term.

“When I see companies that struggle, one reason is their mentality,” says Martin. “They say, ‘We didn’t used to have to do this’ or ‘We shouldn’t have to do this.’ Their employees are changing, the world and the market is changing, and they have to be willing to face that reality. And it’s not for better or for worse. It’s just different.”

Success is all in the approach, and there’s two ways for construction contractors to tackle employee engagement: as a problem to be solved, or as an opportunity to be embraced and leveraged. While a consequence of the skilled labor shortage is can be quite difficult to retain employees, doing so isn’t an impossible task form companies today. And organizations that succeed at establishing themselves as top-notch employers are poised to win in the long run. 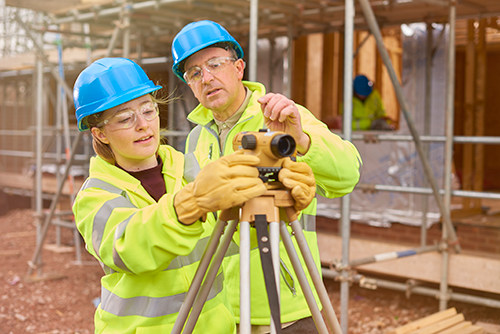 Obstacles To An Engaged Workforce

It’s not as if most contractors don’t recognize the importance of employee engagement. But they often fail to turn their good intentions and efforts into measurable results. According to Martin, a common reason why is companies often tend to wait until workforce retention becomes a critical organizational problem, and then they attempt to seek out and implement a quick fix.

Measurable progress takes time, and the vast majority of workforce engagement efforts do not yield results for years. For example, says Martin, one organization he works with recently began reaching out to high school students and collaborating with local career centers, but the company’s leaders understand they won’t see the fruits of their hard work for two to four years.

“However, this company is doing this now, so when the lack of skilled labor is even more of an issue in the future, it will have built up its reputation as the go-to employer in the area,” he adds.

Cost concerns serve as another common excuse for failing to engage employees consistently and effectively. However, notes Martin, it’s critical for construction contractors to recognize employee investment as being critical to short-term organizational success.

“Too many companies fear investment in current employees or future employees, even to the point where they actually end up losing them,” says Martin. “The investment, as it turns out, would have cost them less than replacing the employee.”

Many companies often cite a lack of time and resources as a significant reason why they fall short in employee engagement efforts. However, those organizations willing to take a proactive approach toward development and exploring a wide range of recruitment options can help curb such concerns. In addition, attending industry trade shows such as CONEXPO-CON/AGG and participating in networking opportunities with peers can also help companies raise their profile and attract employees.

“So when the labor force is even more of an issue in the future, companies will have built up a reputation as go-to employers in their respective areas.” says Martin. 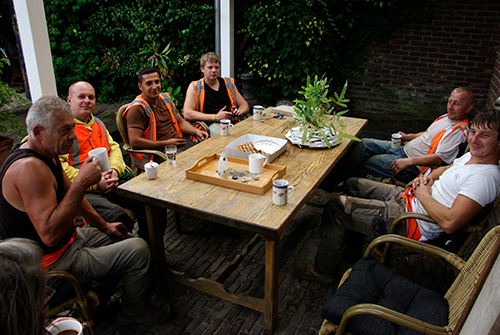 Successfully addressing workforce engagement necessitates a certain shift in both attitude and strategy on the part of many construction companies. More importantly, though, it requires contractors to put in requisite time and effort before it becomes a critical organizational problem.

“Because when it becomes a problem, companies then need an instant fix,” says Martin. “They need six or seven skilled workers tomorrow. But maybe if they were thinking about it two years ago… they would have a bunch of people already.”

However, engagement activities are only effective if they are aligned with core company values and interconnected with other organizational aspects.

“As long as workforce engagement is viewed as something separate, it becomes the uninteresting piece, or something like a task or a responsibility, rather than just being incorporated into what’s being done,” says Martin.

For example, he says, a client he works with has established community concern as one of its core organizational values. As such, the company makes a concerted effort to connect with the workforce of tomorrow by facilitating community engagement with current employees.

“The efforts have raised the tide of overall morale at the company, as it’s actually living out core values,” Martin adds.

Attracting the Workforce of Tomorrow

Much is made about attracting the workforce of tomorrow and convincing the younger generation of the value of undertaking a career in the skilled trades. And for good reason, says Martin. Young people are far different than the folks trying to employee them.

“A lot of millennials get pegged as lazy,” explains Martin. “But in reality, they are striving for a challenge and to make an impact. And when the ‘laziness’ shows up, it’s because they are under-challenged and not being told why what they do matters.”

Construction companies looking to engage with young people should try to convey the significance of the work they’re doing. It’s not just about putting up buildings. It’s about constructing homes for people, schools for children and hospitals for the sick.

“It puts the focus back on the mission, and millennials want to make a difference,” adds Martin.

Young people also want some amount of workplace flexibility, whether it’s certain days of the week off, more flexible hours, or other incentives. Those organizations willing and able to offer some level of flexibility can leverage it as a competitive advantage over their peers.

If there is one piece of advice Martin would give a construction contractor when looking to hire a young worker is hire for character.

“The way we find and train people, you can teach anyone to do anything if he or she has good character,” says Martin. “And if the good character employee actually moves on at some point, you won’t be left in the lurch because the person won’t just up and leave in the middle of a big project. Because while good character doesn’t prevent an employee from moving on eventually, when he or she does, it will be on better terms.”

A second piece of advice Martin would offer construction contractors looking to engage with young employees is to ask questions. Only in soliciting feedback and information can a company obtain a clear and accurate picture of what their employees are actually experiencing on the job.

“And once you get that picture, you can fix almost any problem,” he adds. “But you have to know it’s a problem first.”

The construction industry will continue to evolve with time, and the needs of contractors will change with it. As a result, it is critical for organizations to be able to connect with the workforce of tomorrow, inspire them to strongly consider a career as a skilled worker and – perhaps most importantly – develop them into qualified employees.

Through partnering with local high schools and technical schools, establishing a presence at trade shows and networking events, and raising awareness of the opportunities available in the skilled trades, the construction industry can begin to effectively address the skills gap by building an engaged and productive workforce.