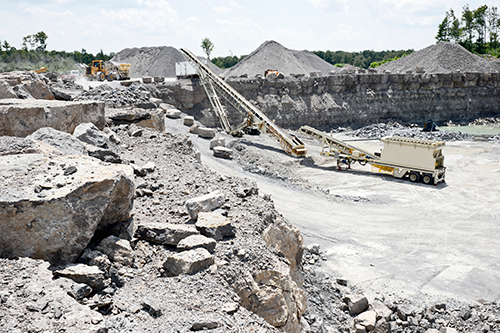 Too many companies don’t invest enough into their equipment maintenance, and ignoring maintenance issues doesn’t make the problems go away.

Maintenance is often one of the things that gets cut, but an underfunded maintenance program will cost operations a lot of money down the road.

There are three approaches to maintenance: reactive, preventative  and predictive. Reactive is repairing something that has failed. Preventative maintenance is often viewed as unnecessary but minimizes downtime because the machine is getting repaired before failure. Predictive means using historical service life data to determine when a machine will likely breakdown and then taking the necessary steps to address the problem before failure occurs.

According to Schmidt: 75 percent of companies are operating in the “run until it’s broke” mentality. “Maintenance is sacrificed. As a result of that, the costs are high when you have unplanned down time due to equipment failure,” he says. It can lead to loss of production, ancillary or consequential damages, expedited freight costs for parts, loss of production, and even low morale.

According to Schmidt, daily visual inspections will catch a vast majority of impending failures that could be costing operations in unnecessary and preventable down time. “That is why it is number one on my list of tips for crusher maintenance,” says Schmidt.

Daily visual inspections on HSI crushers include monitoring key wear parts of the crusher, such as the rotor and liners, as well as benchmark items, such as coast down times and amperage draw.

“The lack of daily inspections is going on a lot more than people would like to admit,” says Schmidt. “If you get into the crushing chamber every day and look for blockage, material build up and wear, you can prevent failures from occurring by identifying future problems today. And, if you are operating in really wet, sticky, or clay material, you might find that you need to get in there more than once a day.”

Visual inspections are crucial. In the scenario where the conveyor underneath a cone crusher stalls, the material will build up inside the crushing chamber and eventually stall the crusher. Material can stay stuck inside that cannot be seen.

“No one crawls inside there to see that it is still blocked inside the cone,” says Schmit. “Then, once they get the discharge conveyor going again, they start the crusher. That’s the absolute wrong thing to do. Lock out and tag out, then get in there and look, because material can easily block off chambers, causing excessive wear and even sub-sequential damage to the anti-spin mechanism or related internal components. 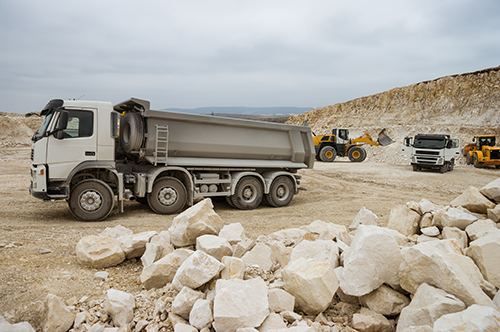 Pushing machines past their limitations or using them for the application for which they are not designed or by neglecting to take certain actions are forms of abusing the machine.

“All machines, no matter the manufacturer, have limits. If you push them past their limits, that’s abuse,” says Schmidt.

In cone crushers, one common form of abuse is bowl float. “Also called ring bounce or upper frame movement.  It is the machine’s relief system that is designed to allow uncrushables to pass through the machine, but if you’re continually overcoming relief pressures due to the application, that is going to cause damage at the seat and other internal components. It’s a sign of abuse and the end result is expensive down time and repairs,” says Schmidt.

To avoid bowl float, Schmidt recommends you check the feed material going into the crusher but keep the crusher choke fed. “You might have too many fines going into the crusher, which means you have a screening problem—not a crushing problem,” he says. “Also, you want to choke feed the crusher to get maximum production rates and a 360-degree crush.” Don’t trickle feed the crusher; that will lead to uneven component wear, more irregular product sizes and less production. An inexperienced operator will often reduce the feed rate rather than to simply open the close side setting.

For HSI, Schmidt recommends providing well-graded input feed to the crusher, because this will maximize production while minimizing costs, and to properly prep the feed when crushing recycled concrete with steel, because this will reduce plugging in the chamber and blow bar breakage. Failure to take certain precautions when using equipment is abusive.

Use Correct and Clean Fluids

Always use the fluids prescribed by the manufacturer and check with their guidelines if you plan on using something other than what is specified. “Be careful when changing viscosities of oil. Doing so will also change the extreme pressure (EP) rating of the oil, and may not perform the same in your machine,” says Schmidt.

Schmidt also warns that bulk oils often aren’t as clean as you think, and recommends that you have your oil analyzed. Consider pre-filtration at each transition or servicing point

Contaminants such as dirt and water can also get into fuel, either while in storage or when filling the machine. “Gone are the days of the open bucket,” says Schmidt. Now, all fluids need to be kept clean, and a lot more caution is taken to avoid contamination.

“Tier 3 and Tier 4 engines use a high-pressure injection system and, if any dirt gets into the system, and you’ve wiped it out. You will end up replacing the machine’s injection pumps and possibly all other fuel-rail components in the system,” says Schmidt. 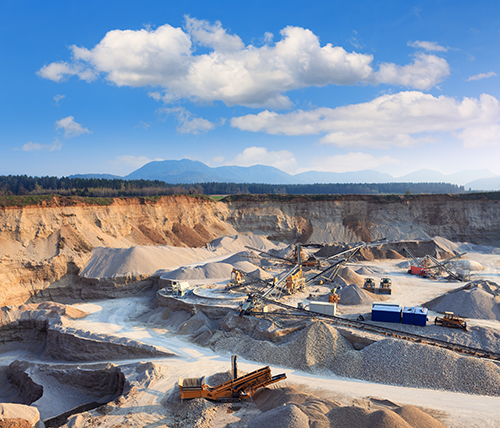 According to Schmidt, misapplication leads to a lot of repairs and failures. “Look at what’s going in and what you’re expecting out of it. What is the top-sized feed material going into the machine and the machine’s closed side setting? That gives you the machine’s reduction ratio,” explains Schmidt.

If you exceed what an HSI or cone crusher is designed to do within its configuration, you can expect to decrease the lifespan of certain components, because you are putting stresses on parts of the machine that weren’t designed to bear that stress.

Misapplication can lead to uneven liner wear. “If the crusher is wearing low in the chamber or high in the chamber, you are going to get pockets or a hook, and it’s going to cause overload, either high amp draw or bowl floating.” This will have a negative effect on performance and cause long-term damage to componentry.

“If you keep a log book, long-term operating performance data will create a trend and any data that is an outlier to that trend could be an indicator that something is wrong,” says Schmidt. “You may be able to predict when a machine is going to fail.”

Once you have logged enough data, you will be able to see trends in the data. Once you become aware of the trends, actions can be taken to make sure they don’t create unplanned down time. “What is your machines’ coast down times?” asks Schmidt. “How long does it take before the crusher comes to a stop after you push the stop button? Normally, it takes 72 seconds, for example; today it took 20 seconds. What’s that telling you?”

By monitoring these and other potential indicators of machine health, you can identify problems earlier, before the equipment fails while in production, and the servicing can be scheduled for a time that will cost you little downtime. Benchmarking is key in executing predictive maintenance.

An ounce of prevention is worth a pound of cure. Repairs and maintenance can be costly but, with all of the potential issues that arise from not addressing them, it is the less costly option.